You are here: Home1 / Company

Electromate Corporation was founded in 1969 by inventor and born tinkerer William “Andy” Irvin and Wendell Griffin with investment partner Sam Jacobson. Electromate was a metal enclosure manufacturer. The company they acquired was formerly known as Pillar Manufacturing. Their first location was near Corbett and Stockton in Jacksonville, Florida. In addition to metal enclosures, Electromate would later expand into fiberglass enclosures.

In 1972, Andy decided to get into the controls side of the industry. He hired an electrical engineer named Carl Hoyt and tasked him with designing a duplex pump circuit panel. Carl realized he needed a drafter and a wireman to complete this task. Fresh out of school, a 20-year-old draftsman named Everett Robinson started working at Electromate part time. Still at EG Controls, Everett Robinson is the longest running employee in company history.

Electromate grew rapidly with its business model of offering enclosures and finished electrical panels. Electromate had such success, they were running multiple shifts. Wendell retired leaving the business to Andy and Sam. In the mid 1970’s a fire broke out near the enclosure oven when some paint ignited. The fire wiped out the company’s controls division. They relocated to a larger facility on the southeast corner of Jacksonville near I-95 on Salisbury road.

The business continued to grow and acquired other small businesses to expand its basket of services to include electronic components. One business of note; Electrodata. The Electrodata system was a room availability monitoring system for hotels.

The panel shop was building a significant amount of pressure switch panels for lift stations during this time. Pressure switches in the late 70’s were significantly larger than today. If an industrial control panel used multiple pressure switches, a stainless-steel enclosure was massive, and very expensive. Andy saw an opportunity…

After working full days, Andy and Everett would work into the night developing a pump control system using a specialized and precise liquid column manometer. Andy had Everett create multiple drawings for a product that was later branded the Electrogage.

The Electrogage is one of Andy’s very noteworthy inventions and rapidly became a flagship product for the company. This new product improved reliability and accuracy. With new and better equipment, the redesign significantly reduced the size and costs of the control panel. The Electrogage was such a success, the City of Jacksonville standardized on them almost immediately.

The Electrogage continued to increase in popularity because of its intuitive operation and ease of use. Municipalities across the country standardized on the Electrogage.

Some additional EG products came about from the Electrogage. The Logic Chassis: A simplified, low voltage, customer focused duplex pump control board which made troubleshooting every easy. Then the ATC10 (Air Transfer Chassis) which was succeeded by the BAMS (Bubbler Air Monitoring System. Both the ATC10 and the BAMS used pneumatics offering a lower cost and simple way around some of the complications of intrinsically safe areas.

In 1989, Electromate split into an enclosure division and controls division. The controls division relocated to Phillips highway, staying under private ownership and incorporated as EG Pump Controls, Inc. doing business as EG Controls. The enclosure division was sold to Robroy and remained at the Salisbury road location. Then in 2003, Electromate changed ownership again from Robroy to Rittal.

The Electrogage had an Achilles heel; it required the electrical conductivity of Mercury to operate. With a growing awareness and desire to safeguard the environment, the use of Mercury was phased out. If a panel that used an Electrogage was damaged or decommissioned, special disposal of the Mercury was needed. Reacting to the change, Andy connected with a company that was focusing on software development that wanted sell off their electronic controller division. EG Controls acquired the MicroMAC and VariMAC electronic controllers. With a little reinvention, the Digi-Gage and Vari-Gage were created. The Digi-Gage was a pump controller that took information from floats, a bubbler or a transducer and controlled up to 6 across-the-line starters. The Digi-Gage was a gamechanger. It was hot swappable and so simple, anyone that invested a minute to get familiar, became a pro. The hot swappable feature was a winner for municipalities. If Digi-Gage had a failure, a replacement could be put in its place in under a minute without powering down the control panel! The Vari-Gage functioned like the Digi-Gage but included motor speed control for up to 3 variable frequency drives (VFDs).

EG Controls continued to grow with addition of the Representative Network. EG Controls also adapted to the changes in the water industry over the following decades. Throughout the years, EG has embraced Andy’s entrepreneurial and inventive spirit by keeping its commitment to developing new products and services. EG strives to keep pace with the increasing demand for innovation and new technology.

The Electrogage has been replaced by the Electrogage ECO. The Logic Chassis and BAMS are still available by customer request. The Digi-Gage and Vari-Gage have been updated and are now touchscreens that can even be controlled with a smartphone. Dedication to product quality and customer responsiveness continues to be a top priority at EG Controls.

Today EG Controls designs and builds custom panels for virtually every industrial sector. EG continues to be a leader in the wastewater and controls industry. Serving all 50 states through representatives or direct contact, EG’s headquarters are conveniently located approximately 1 mile south from interstate 295 on the Phillips highway in Jacksonville, Florida.

EG Controls Mission Statement:Is to serve our customers through product quality, competitive pricing, and total responsiveness to their needs; to lead our industry in innovative technology; and to enable our employees to do “whatever it takes” to achieve these goals.

In continually striving to fulfill this mission, we require and consistently support. 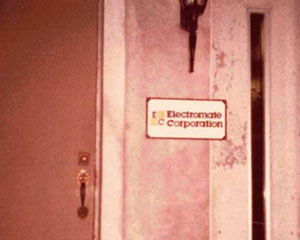 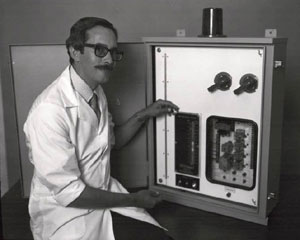 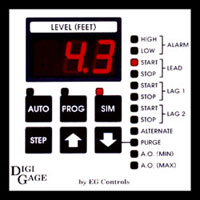 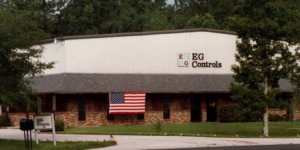 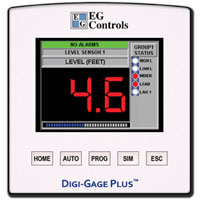 EG Controls uses cookies. By continuing to browse our site, you are agreeing to our use of cookies.

We may request cookies to be set on your device. We use cookies to let us know when you visit our websites, how you interact with us, to enrich your user experience, and to customize your relationship with our website.

Click on the different category headings to find out more. You can also change some of your preferences. Note that blocking some types of cookies may impact your experience on our websites and the services we are able to offer.

These cookies are strictly necessary to provide you with services available through our website and to use some of its features.

Because these cookies are strictly necessary to deliver the website, refuseing them will have impact how our site functions. You always can block or delete cookies by changing your browser settings and force blocking all cookies on this website. But this will always prompt you to accept/refuse cookies when revisiting our site.

We fully respect if you want to refuse cookies but to avoid asking you again and again kindly allow us to store a cookie for that. You are free to opt out any time or opt in for other cookies to get a better experience. If you refuse cookies we will remove all set cookies in our domain.

We provide you with a list of stored cookies on your computer in our domain so you can check what we stored. Due to security reasons we are not able to show or modify cookies from other domains. You can check these in your browser security settings.

These cookies collect information that is used either in aggregate form to help us understand how our website is being used or how effective our marketing campaigns are, or to help us customize our website and application for you in order to enhance your experience.

If you do not want that we track your visit to our site you can disable tracking in your browser here:

We also use different external services like Google Webfonts, Google Maps, and external Video providers. Since these providers may collect personal data like your IP address we allow you to block them here. Please be aware that this might heavily reduce the functionality and appearance of our site. Changes will take effect once you reload the page.

The following cookies are also needed - You can choose if you want to allow them: